Only 1 left in stock

This auction is closed to 'Buy Now'

There are not bids yet. Be the first!

An All-American and MVP of the 1948 Cotton Bowl Classic, Suhey is credited as the source of Penn State’s “We are…!” chant. According to one account, when the University of Miami requested in 1946 that Penn State only bring their white players to the game, the Penn State players decided that either everyone would play or no one would play, prompting Suhey to announce, “We are Penn State. We play all or none.” 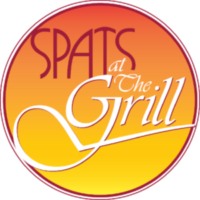